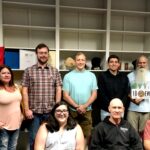 The employees of Working Systems, Inc., after a year of preparation and planning, closed on the sale of the business. Now Working Systems Cooperative, the co-op has 13 members and 2 probationary members. They are the State of Washington’s first* “Union Co-op”. Union Co-ops are worker co-ops in which the workers also maintain a collective bargaining agreement and partner with a labor union. Communication Workers of America represent the workers of WSC. The cooperative provides software development and support for local, regional and international labor unions. Working Systems becomes the 10th active worker-owned-and-operated business and 13th worker-managed business in Olympia, Washington. Currently, there are three other active conversion projects underway as well!

We travel throughout the PNW, but have people stationed throughout Washington.

Support co-ops during the pandemic by making them the 1st, 2nd, and every stop for your holiday shopping! Visit our guide.